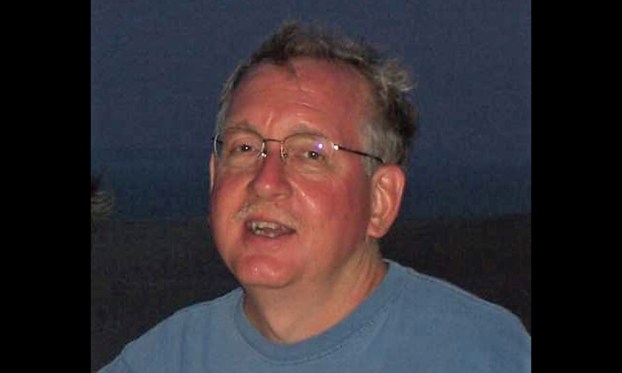 Nags Head, NC – Brian Mathew Taylor, 67, died unexpectedly on September 4, 2021, at home. Born in Groton, Connecticut, on June 23, 1954, he was the son of the late Jerry and Marcia Taylor and the nephew of the late Arnold Smith.

Brian was a graduate of Fitch Senior High School in Groton and Central Connecticut State University, where he earned a degree in mathematical statistics and was a math tutor. Brian knew from the time he was eight years old that he wanted to be a mathematician. The highlight of his almost thirty years with the U.S. Government and associated contractors was his statistical work supporting the testing and evaluation of IEDs (improvised explosive devices). He was fond of saying “No matter what your politics, we all want to save the soldiers’ lives.”

After retiring, Brian and his wife, Debbie, moved from Arlington, Virginia, to the Outer Banks in 2012, a few days before Hurricane Sandy. Brian took to retirement right away, establishing himself as a regular at bars and restaurants from Corolla to Manteo (Lost Colony Brewery, Avalon Pier, Tortugas Lie, Waveriders, Outer Banks Brewing Station, Taco Loco, Jack Brown’s, Sundogs, and Metropolis, to name a few). The guy on the adjoining barstool who asked if you were from out of town or persuaded you to try his latest beer mixology experiment was probably Brian. He had an equal passion for live local music, especially the groups Birddog, Govment Chezze, and Blurky’s Quirky Friends.

Brian was a member of Seascape Golf Club and the Eagles Club. He volunteered at the Dare County Democratic party’s office during the 2020 election. He was an avid home cook who shared recipes with local chefs. Brian’s pumpkin roll and homemade Kahlua were highly anticipated by his friends, family, and neighbors in the Outer Banks and northern Virginia every Christmas. He and his wife, Debbie, shared a fandom for the Washington Nationals baseball team and spent many happy hours at Nationals Park in Washington, DC, and too long in front of their television as remote fans.

A sunset toast to Brian will be held at Avalon Pier on September 16. We will meet on the pier at 7 p.m. with our favorite beverages. The family asks that you hold your hugs and handshakes for safer times. In lieu of flowers, donations can be made in Brian’s memory to the charity of your choice or PBS North Carolina. His devotion to the PBS NewsHour rivaled Rainman’s for Judge Wapner. Brian also had an abiding affection for bartenders and servers, promising to put them in his will and replying to the greeting “How are you?” with an “I was fine.” He would like it very much if you tipped them generously in his memory.