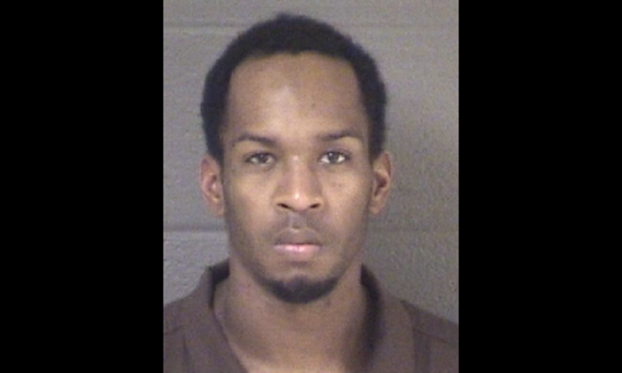 Police in North Carolina are asking for help finding a man accused of assaulting a driver, stealing his car and running him over as he fled.

Michael Lynn Hayes Jr. assaulted a driver on White Pine Drive in Asheville on Sunday night, then ran over the driver as he fled in the stolen car, the Asheville Police Department stated in a news release. The driver was taken to a hospital, where he is in critical, but stable condition, police said.

People are urged to be cautious if they see Hayes, as he is known to be armed, police said.

Hayes faces charges including felony hit and run inflicting injury, possession of a stolen vehicle, and felony larceny of a motor vehicle, police said. He also has several open warrants for failure to appear in court.

“Hayes is described as a 28-year-old African-American male. He is 6’1″, approximately 170 pounds, and has black hair and brown eyes,” stated the Asheville Police Department press release, which also stated Hayes has tattoos on his arms and chest including “mountain boy,” “established,” “10-12-92,” “PBG money bag,” stars, “Asheville” and a dove beside his right eye.

Those with information on the whereabouts of Hayes they can share it anonymously by texting TIP2APD to 847411 or use the TIP2APD smartphone app. Information can also be shared by calling 828-252-1110.