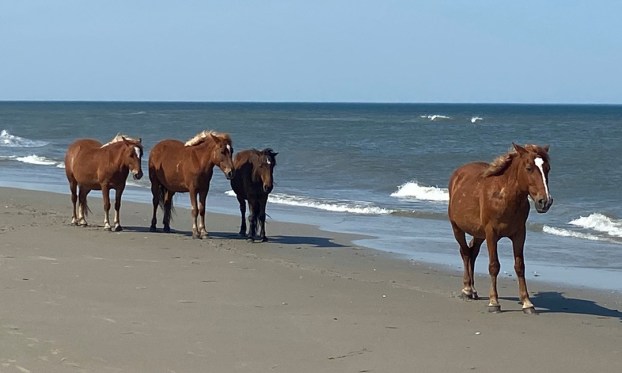 A beloved wild horse that was one of the oldest mares in the herd that roams North Carolina’s Outer Banks has died, officials said.

Hazel was believed to be close to 30 years old, the Corolla Wild Horse Fund wrote in a Facebook post on Sunday. She didn’t show signs of trauma, injury or illness when the organization found her.

But her death came when the National Weather Service said some areas of the Outer Banks saw heat index values near 110 degrees Fahrenheit (43 degrees Celsius).

“We had noticed that she’d been slowing down some lately,” the mustang protection group said. “The heat has been really hard on the older horses.”

Hazel was part of a herd of about 100 Spanish horses that occupy a beach area north of Corolla off North Carolina’s coast. She “seemed to enjoy her role as honorary grandmother to the foals” and was often seen babysitting them, according to the organization.

The Corolla Wild Horse Fund has been testing DNA from the horses to piece together the herd’s history. It said several of Hazel’s offspring and relatives have been identified so far, and the group expects to find more as it continues to collect samples.

She was laid to rest near Penny’s Hill, the area where she spent her whole life.

“Hazel lived and died as every wild horse should — free, and on her own terms,” the organization said.