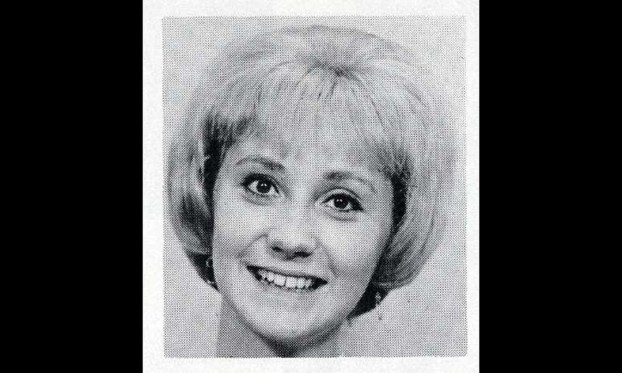 Fifty-three years ago this month, Brenda Joyce Holland, the 19-year-old makeup supervisor for The Lost Colony, vanished. Five days later, after a massive search, a pilot with the North Carolina Civil Air Patrol spotted her body floating in the Albemarle Sound. A pathologist determined she’d been strangled and, quite possibly, raped. No charges have ever been filed. But in my new book, The Lost Colony Murder of 1967: Seeking Justice for Brenda Joyce Holland, I make the argument for who killed her and why. Friday afternoon at 2, I will be at Downtown Books in Manteo to talk about the book.

During the last three years, I’ve come to know Brenda through hundreds of interviews with her family and friends, her letters and official documents. She’s still out there, calling out to us for justice. In one month on Roanoke island, that of June 1967, Brenda charmed many locals, who, back then, at least, warily regarded newcomers as “wash-ins.” But Brenda was an exception, gaining acceptance. Among many other acts, she taught a troubled local boy to swim, telling him he would be all right.

In the spring of 2018, my investigative columns in this newspaper led the State Bureau of Investigation to re-open the case. Unfortunately, all the physical evidence has been lost and may have been destroyed. That’s not unusual in many old cases, but it is in this one, as it was one of the most high- profile slayings the state. After talking with Brenda’s little sister, Kim Holland Thorn; Buddy Tillett, who re-opened the case and investigated it while he was with the Dare County Sheriff’s Office in 1995; and Claudia Fry Sluder Harrington, whose former stepfather was one of the suspects, I decided that, if law enforcement would never name the killer, I’d do it in my book, the first nonfiction one on the case.

Through a source, I secured a copy of the sealed SBI filed on the case. It’s 400 pages and includes seances, a supposed shallow grave, and the suicide of a key suspect. I studied the file and did my own interviews, tracking down several case insiders. There were several main suspects, two of whom were black and one of whom was gay. Racism and homophobia coursed through the investigation.

I interviewed pathologists, lawyers and detectives outside the case to get an objective view, asking them if the bungles in the case, even for 1967, before the scientific advances of today, were significant. They told me they were. I consulted with these sources as I worked out my theory of who killed Brenda. Many current Roanoke Islanders remember that person. Some feared him.

I reached out to the families of some of the original lawmen on the case. Some of these investigators made serous missteps in the case. Others later found redemption. The families were open and honest. The widow of one lawman shared with me her husband’s notes, carefully written in cursive on a yellow legal pad. This man was one of the few who changed his original theory, realizing he targeted the wrong man in the late 1960s and that another man most likely killed Brenda.

I grew up with this case. I was six years old when Brenda was killed. That summer, my “Uncle Billy” Tarkington of Manteo, a close friend of my father’s, would tell me who he believed killed Brenda. As I dove into the story, I realized Uncle Billy, a good man who was close to Dare County Sheriff Frank Cahoon, had been naming Cahoon’s favorite suspect.

Given that tie, I did not take lightly the writing of my book.

On an August afternoon at Jennette’s Pier in Nags Head in 2018, Kim Thorn let me hold a silver necklace that her sister Brenda was wearing on the last night of her life. Holding those strands by the ancient sea reinforced my belief that the quest for justice for Brenda must go on. Justice demands that we speak for the voiceless.

There are hundreds of books about the colony lost and millions of stories, but Brenda, who poured her life into the pageant, has been all but forgotten. As I wrote in this space three years ago, the Roanoke Island Historical Association, which puts on The Lost Colony, should, in some way, memorialize Brenda.

Toward the end of my book, after exploring all the suspects and turns in the case, I name Brenda’s killer. He got away with murder. In the absence of law enforcement action, we have taken journalistic action, setting the record right, hoping to give Brenda’s family the closure long denied them. We speak for Brenda.

John Railey, raileyjb@gmail.com, will be at Downtown Books in Manteo from 2 to 4 p.m. Friday, June 11. He is a veteran investigative journalist and author who has spent much of his life on the Outer Banks. His next book, set to come out in May 2022, is about Andy Griffith’s special relationship with Roanoke Island.

READ MORE FROM JOHN RAILEY ON THIS AND OTHER TOPICS HERE.