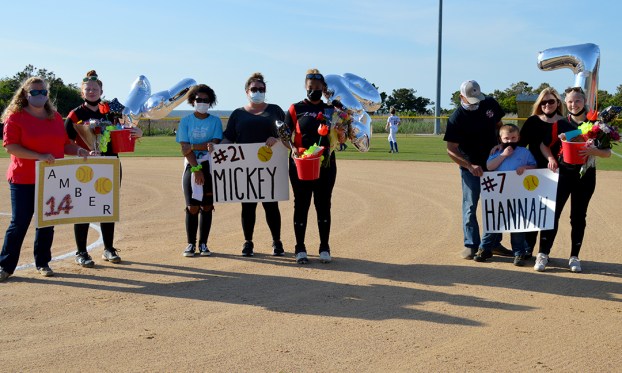 The seniors and teammates finished the day with a 13-3 win over the Columbia Wildcats.

Honored seniors are Amber Harrell playing right field, McKayla Gordon on the mound and Hannah Curcio at third base.

In the third, Cape Hatteras gained the lead never to let it go. The Lady Hurricanes posted four runs on two hits from the top of the order. The lead-off hitter Casia Ensenat drew a walk; Emma Del Monte smacked a single, as did Lilian Ratliff. Senior Curcio landed a single and earned two runs batted in.

Columbia added a run in the fifth when Alaina Sawyer drew a walk and made it home on a double by Wildcat pitcher Destiny Harrison.

Cape Hatteras added two more runs in the each of the fourth and fifth to bring the score to 8-3.

Columbia did not score in the sixth inning, but Cape Hatteras added five runs, racked up a 10-run margin and ended the game 13-3.

Dare school board hears about funding for addressing learning loss