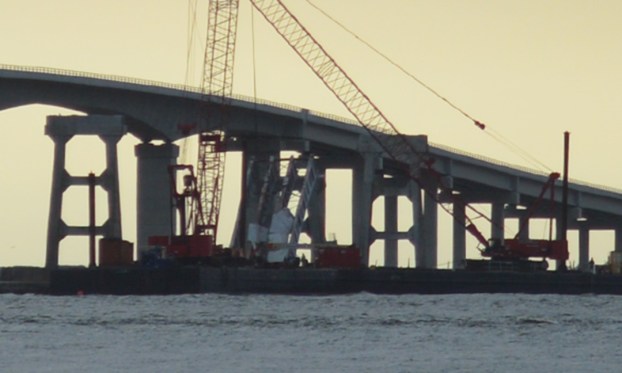 The barge beside the new Oregon Inlet bridge was the site of a fatal construction accident on April 14, 2021. Mary Helen Goodloe-Murphy photo

Just before 5 p.m. on Wednesday afternoon, April 14, 2021, a construction accident at the demolition site of the old Bonner Bridge resulted in a death.

“Dare County Sheriff’s Office along with EMS was called to a construction accident and were notified about a person who is deceased,” reported Major Jeff Derringer with the Sheriff’s Office. The call came at 4:53 p.m.

Two cranes were moving the last piece of concrete deck from the old bridge to a barge when the accident occurred, reported a highway patrolman at the scene.

A Dare County Emergency Medical Services crew was ferried to the barge site by a crew from U.S. Coast Guard Station Oregon Inlet. 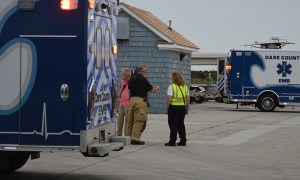 Officials with PCL, the contractor on the Oregon Inlet bridge project, were also on the scene. 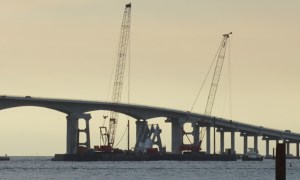 The barge beside the new Oregon Inlet bridge was the site of a fatal construction accident on April 14, 2021. Mary Helen Goodloe-Murphy photo