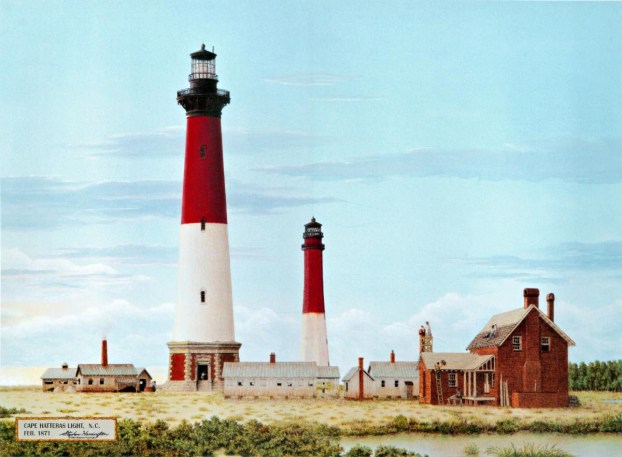 When it was built in 1870, the Cape Hatteras Lighthouse was painted red and white. The lighthouse received the famous black and white stripe daymark pattern in 1873. In the background, the 1854 lighthouse is shown before it was demolished. Painting by Stephen Harrington. Courtesy National Park Service

The special event will begin around 4:50 p.m. with a livestream view of the Cape Hatteras Lighthouse, followed by a 20 to 30-minute video broadcast of speeches. The video will feature Superintendent David Hallac, local elected officials, historians and more. 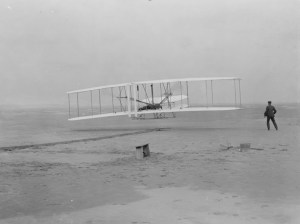 Orville Wright takes off in the first flight of the 1903 flyer as Wilbur Wright assists. Courtesy National Park Service

This year also marks the 150th anniversary of Dare County and the Dec. 16 celebration will highlight the unique connection between the lighthouse and the county.

Park entrance fees will be waived on the first flight anniversary, Dec. 17.

Throughout the month of December, Cape Hatteras National Seashore and Wright Brothers National Memorial will publish content on social media to highlight these important dates. Follow on Facebook at @CapeHatterasNC and @WrightBrothersNMEM to interact with park rangers, partners and historians during the month.

Additional details about each event, including specific times and lists of speakers, will be announced in early December. 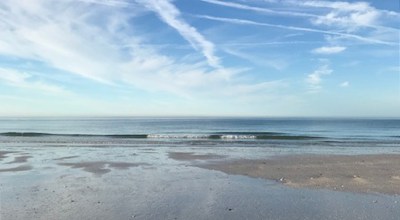 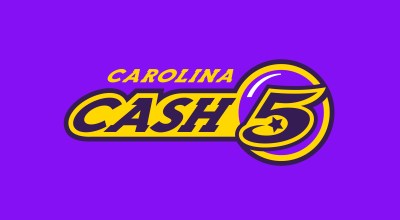