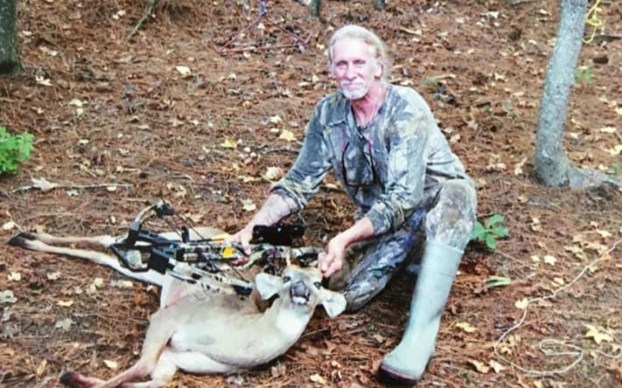 Charles “Charlie” Patrick Leonard, 61, of Currituck, NC, passed away suddenly on September 2 at a hospital in Chesapeake, Va.

Charlie was born in Suffolk, Va., the child of William Dorton Leonard and Shirley Moore. He is survived by his wife, Sharon Bauer Leonard, his three brothers, Bill Leonard of Florida, Walter Leonard of Grandy, NC and Keith Leonard of Columbia, NC.

Charlie moves to the Outer Banks in 1974, where he fathered his four children, Charles Elliot Bradshaw, Nolan Patrick Leonard, Warren Shelby Leonard and Zoe Leonard Hand. He had one granddaughter, Elleauna Kathleen Bradshaw. He was preceded in death by his father, mother, and his son Nolan.

Charlie served a multitude of careers from commercial fishing to laying concrete to boat building. He had a zest for life that was easily seen by the constant smile on his face and his joking mannerisms. He never met a stranger, and was a jack of all trades. In his free time, Charlie loved to hunt and fish. He was an accomplished skydiver, completing 69 jumps. He will be greatly missed by the family and friends left behind.