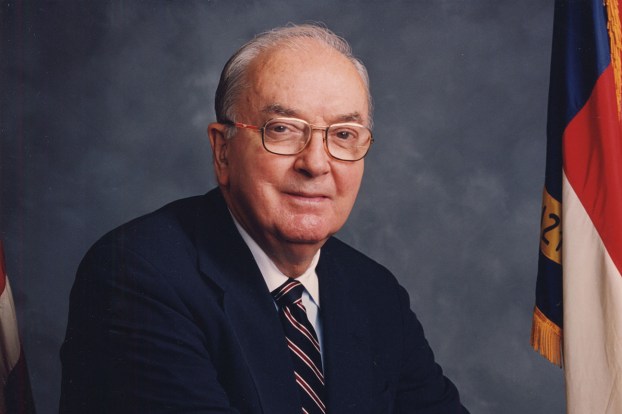 A university in North Carolina has decided to rename its athletic facility because of the previous namesake’s opposition to civil rights.

The university’s Board of Trustees announced last week that the facility would be renamed the Hawks Athletic Center, after the school’s mascot.

The private Baptist university said the change comes after the community expressed concern through a virtual forum that the position Helms took on civil rights didn’t match Chowan’s mission.

The letter said the center was built with funds from a donor who promised to pay half the costs if the university named the center after Helms and paid for the other half.

“The university has benefited for decades from that largess but it is now time to acknowledge the institutional racism Senator Helms embodied and to change the name,” the letter said.

Helms was a member of the conservative movement and represented the state in congress from 1973 to 2003.

He opposed civil rights, racial integration and gay rights, according to reports. He also opposed the Martin Luther King Jr. federal holiday during his time in the Senate, once telling colleagues, “We’re free, white and 21, as we say in North Carolina,” The News & Observer previously reported.

No storm debris to be collected in unincorporated Dare

Dare election director could be named this week