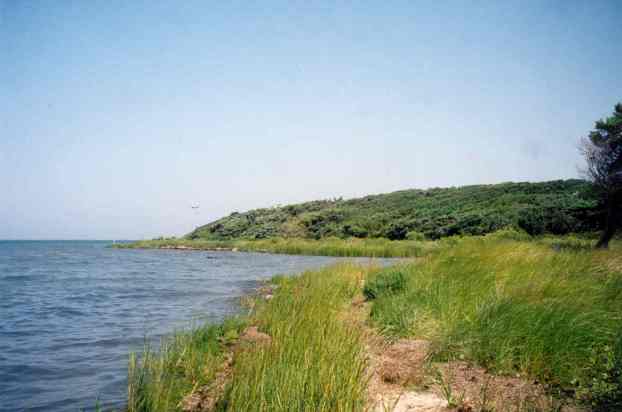 The Coastal Land Trust has announced the bargain sale donation of almost two acres of private land holdings within its Springer’s Point Preserve on Ocracoke Island from Ocracoke Holdings LLC. The Coastal Land Trust acquired the original 31-acre tract at Springer’s Point in 2002 – also through a bargain sale donation – and bought an adjoining 91 acres from members of the McWilliams family in 2006 before opening Springer’s Point Preserve to the public later that year, according to the Wednesday, May 20 announcement.

“We are very grateful to Ocracoke Holdings LLC, a company led by North Carolina native philanthropist Louis Bacon, and to the family of Herbert Hoell, one of the original investors in this property, for their generosity in making this property available to us,” said Lee Leidy, attorney and northeast region director of the Coastal Land Trust.

“We’re also thankful to the U. S. Fish and Wildlife Service’s North American Wetlands Conservation Act program for a grant, and to several individual donors for generous personal contributions, all of which made this project possible,” continued Leidy. “We are especially pleased to bring good news to everyone in the Ocracoke community, all of whom have been loyal supporters of the Preserve.” 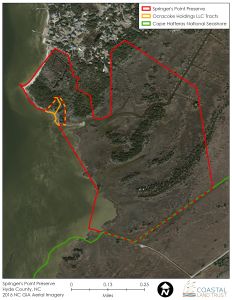 “It has been a pleasure to work with the North Carolina Coastal Land Trust during the past twenty years as they have crafted this landscape scale conservation effort at Springer’s Point,” said Bacon. “The addition of these parcels and the recognition of Herbert Hoell’s vision will help ensure that this special place remains one of North Carolina’s most beautiful, unspoiled and well-protected nature preserves.”

Founded in 1992, the mission of the North Carolina Coastal Land Trust is “to enrich the coastal communities of North Carolina through conservation of natural areas and working lands, education, and the promotion of good land stewardship.” The Coastal Land Trust has offices in Wilmington, New Bern and Elizabeth City. For more information, visit www.CoastalLandTrust.org.